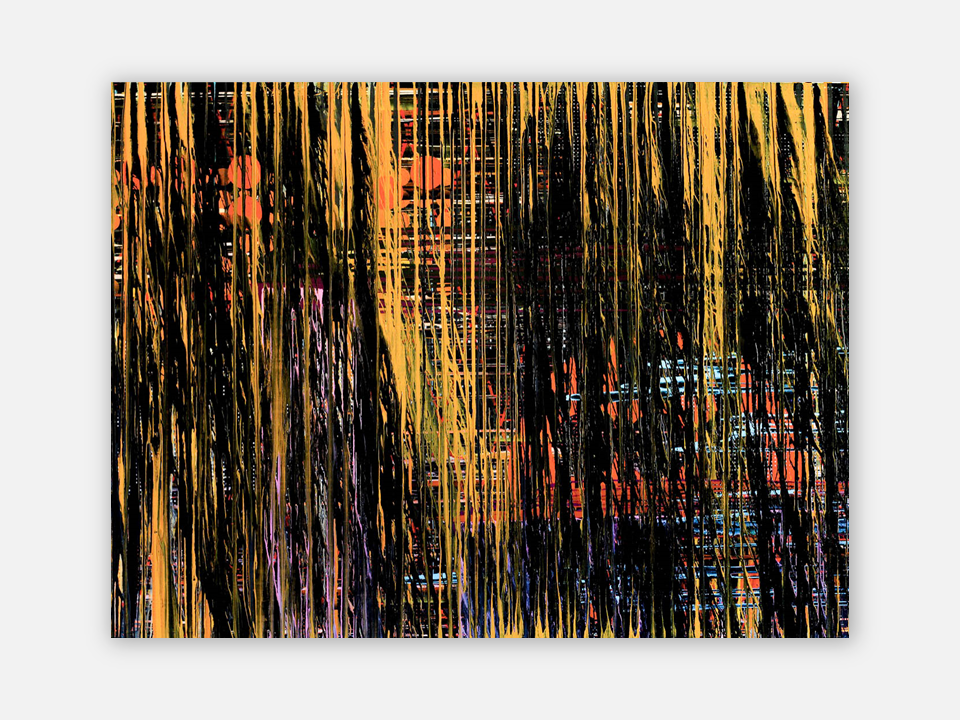 We gladly announce the works of our artists for Latitude Art Fair, a selection that invites us to a creative reflection on history and identity, starting from a problematic geographical and cultural point and pointing in the direction of other paths and territories, formal, geographical and imagined.

Sandra Mazzini’s (1990) refractory painting brings together contrasts: techniques from the past and present are integrated in it, in challenging harmony; digital resources are mixed with a refined painting technique, figuration is anchored in abstraction and precision feeds the broad gesture. “Her work blurs the traditional categories of painting, photography and drawing, and is coated with unquestionable contemporaneity, immersed in an idyllic vision of our exuberant nature. (…) Heir to a historical and philosophical process that separated art from beauty, the art circuit has witnessed the constant production of conceptual works, without any commitment to visuality. Few artists manage to free themselves from this critical imposition and dare Beauty. This is the case of Sandra Mazzini, who, without fear, provides us with a luminous vision of the possibilities of the future – a balm for the burning time we live”, complements Denise Mattar.

Hy Brazil, a project of five works by Daniel Jablonski (1985), is about error, deceit and illusion. His object is the ghost island called “Brazil” (or Hy Bresail, O’Brazil etc.), located on the coast of Ireland, present on nautical maps from 1325 to 1870 until it was discarded by modern cartography. The Island had a privileged place in the imaginary of the Age of Navigation – in literature, scholastics and even ufology – as a wonderful place, but unreachable. A polyptych displays the result of the artist’s extensive digital research on what does not exist, showing the strength of the Internet in spreading old and new mythologies – the work was selected at SP-Arte Viewing Room for the EFG Latin America Award. Although impossible to find – a curse would envelop it in a thick haze – the island of Brazil was portrayed in various formats. Each cartographer defined it in reference to previous maps, also incorporating descriptions of travelers. Jablonski reproduces forms of the island in 48 cutouts, in Muirapiranga wood (which in turn is confused with Pau-Brasil).

Andrey Zignnatto (1981), since the beginning of his artistic career, shows his work as an activator of the universe of labor: cement bags, ordinary or exotic bricks, mortar joints, walls and building fragments were used by the artist in multiple gestures, cut or repaired, defines Xenia Bergman, from the publication ArtNexus. “This raw material taken from everyday life usually incorporates actions that function as urgent and elementary poetic messages”. In the pieces of the series Sobre a Pele, Zignnatto applies on paper cement bags drawings used as body painting by Brazilian indigenous people, produced with native resins and inspired by details of animals and plants, as a way of connecting with nature. In the series, the artist establishes a contrast between the cultural diversity of a country, besides references to the tradition of the constructivist movement in art. About the Skin also reflects the identity of the artist himself, a direct descendant of indigenous people and the grandson of a mason.

Working under the echoes of a persistent modernity, Heleno Bernardi (1967) reflects on and invigorates the traditions of action and color field painting, in works that stimulate pleasure and thinking, as defined by the critic Paulo Sergio Duarte. Strength and tension go hand in hand with the richness of chromaticity in Bernardi’s paintings. In an effort to “contain chance”, however, Bernardi controls the thickness and direction of the paint spills, which indicates the artist’s movements around the work and denotes the uniqueness of an aesthetic project. The recent large canvases themselves suggest a public, social art. Not by chance, Bernardi also produces site-specific installations in degraded places. As Duarte points out, “Heleno Bernardi thus inscribes himself in what the best contemporary art can offer us: a poetics of reflection”.

Luciana Magno (1987) brings, in recorded performances in photography and video, research focused on the body, in which she addresses personal (dreams, pains, epiphanies), political and social issues related to the impact of development in the Amazon region, with immense cultural and symbolic apparatus. Luciana Magno’s body is at the same time a vibrant, relational and evocative object. In the photograph Eko Kanhy, it deals with death and resurrection. In the video Devir Tubérculo, made in an agroforestry community, Luciana discusses nourishment of the bodies, representation of the indigenous people in history – in the naturalist illustrations of travelers, native peoples entered the classification of fauna – and violence. An image from the Figueiredo Report (1967), which narrates violence committed against indigenous people in the 1940s, 1950s, and 1960s, shows an indigenous woman hanging upside down and her body cut in half. The work was presented at the 36th Panorama of Brazilian Art: Sertão (2019), at MAM-SP.

Reflections on relevant and controversial themes to the current world, such as colonialism, democracy, post-truth and the role of psychoactive plants in contemporary society lead the work of Stephan Doitschinoff (1977). Author of an energetic art, he structures his work in a system of author symbols of singular narrative, in drawings, paintings, sculptures, videos and installations. These are works that highlight his research on contemporary society based on icons and author symbols, as well as elements from diverse cultures and religions, such as Catholicism, Umbanda and Shamanism. “It is a work with surrealist influences, a visual writing loaded with information encrypted by a fantastic imagery literature about the contemporary,” says the curator Daniel Rangel.